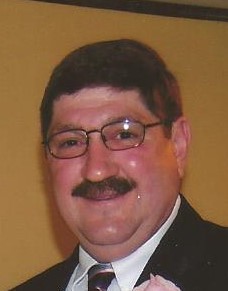 Robert Fred Diehl, Jr., 63, of Honesdale, died unexpectedly on Friday, March 31, 2017 at Wayne Memorial Hospital. He is survived by his wife of 42 years, the former Theresa Ann Cottell. The couple married on February 22, 1975.

Born on September 20, 1953 in Callicoon, NY, he is the son of Marie Hopkins Diehl of Honesdale and the late Robert Fred Diehl Sr. He was a graduate of Damascus High School, class of 1971. In high school, he participated on the basketball and baseball teams.

Early in his working career he partnered with his father hauling milk for many local dairy farms. He then went on to own his own dairy farm. Later he worked at B&B Dodge as parts manager for many years. Bob currently owned and operated Diehl Lawn Service taking on extra projects just to help his customers.

Bob was proud to serve on the Wayne Highlands School District Board for the past 17 years and currently served as Vice President. He also was a previous member the Wayne County YMCA. Dedicated to youth sports, Bob coached missy basketball and softball and was a fixture at many sporting events in the community.

He was a faithful member of St. John the Evangelist Parish in Honesdale where he participated in its Perpetual Eucharistic Adoration Chapel and was an Extraordinary Minister. He was also a member of the Knight of Columbus, Council 363 in Honesdale.

Bob was kind man who would go out of his way to help others. He enjoyed supporting the school and the programs it offers the students. He was an active supporter of Herd the Curd at Highland Farms. He also enjoyed golfing and spending time with friends. Most of all, Bob was proud of his wife and children and loved being Papa to his grandchildren.

He was preceded in death by a grandson Aiden Melvin Irwin, father-in-law Melvin Cottell, step-father-in-law Eugene “Bunk” Bigart and a nephew Michael Cottell.

A Mass of Christian Burial will be celebrated on Thursday, April 6th at St. John the Evangelist Church, Honesdale at 10am. Interment will follow in St. Mary’s Cemetery. The family will receive friends on Wednesday in the gymnasium at Honesdale High School, 5 to 8.