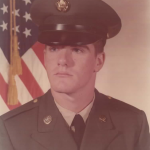 Thomas Edward McDevitt passed away at home, surrounded by his loving family, on May 6, 2022. He was born January 19, 1957 at the Philadelphia Naval Base Hospital. Preceded in death by his son, Anthony, his sister Jeanmarie McDevitt and his mother Jean (Lamarra) Brugman, he is survived by his loving wife of 42 years, Theresa (Picarilli) McDevitt, his 10 children and their spouses: Joseph (Marysol), Theresa Weber (Greg), Patricia, Michael (Kristin), Laura (Alex Niedmann), Thomas, Jeanmarie Braun (Jonathan), Elizabeth, Robert and Christopher, and his adored grandchildren: Keara, Ivy, Michael, Angelica, Zoe, Theodore, Charlotte and Leta, and great grandchildren Briella, and Giavonna. He is also survived by his brother Robert McDevitt and his sisters Heidi White and Rebecca Herbison, as well as many aunts, uncles, cousins, nieces and nephews.

Tom was a 1975 graduate of Plymouth Whitemarsh High School, where he excelled as a member of the wrestling team. After graduation, Tom enlisted in the Army and served as a Combat Engineer for 4 years of active duty, 1975-1979 in the 20th Engineer Battalion. He was stationed for the majority of his enlistment in Vicenza, Italy. Tom also served in the Navy Reserve with NMCB21 from 1992 to 1994.

In his younger days, Tom was an avid model train builder and collector, and he was a lifelong lover of music, baseball, and the Philadelphia Eagles and Phillies. After completing an apprenticeship in carpentry with the Pennsylvania Apprenticeship and Training Council, he became an accomplished trim carpenter and worked with uncompromising precision on whatever he put his hand to, giving his skill generously for the benefit of family, friends, neighbors and others in his community.

In January of 1980 Tom married his beloved wife, Terrie. Wherever Tom and Terrie found themselves, through the ebbs and flows of life, there remained a deep love for the other. Tom was a devoted Dad actively involved in his kids’ lives, whether through little league softball and baseball, wrestling, scouting, or camping. He was a living example of what it means to act with honesty, integrity and love.

Tom’s warm and mischievous sense of humor, inherited from his dear Uncle Mike, helped lighten the ups and downs of life. His joy was to make his family laugh, and his own laughter will be greatly missed. He was a light to all who knew him and will be forever in our hearts.  Tom was a faithful member of St. John the Evangelist Parish in Honesdale and a member of the Pleasant Mount American Legion.

His family would like to thank the nurses and staff of Wayne Memorial Hospice for their compassionate care.

A Mass of Christian Burial will be celebrated on Friday, May 13th at St. Mary Magdalen Church in Honesdale at 10 am.  Interment with military honors will follow in St. James Cemetery, Pleasant Mount.  Friends may visit Hessling Murray Funeral Home, 428 Main St. Honesdale on Thursday, 4 to 7.