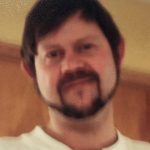 Phillip W. Killam, 71, of Honesdale, passed away peacefully on Monday, May 30th, 2022 at Wayne Memorial Hospital.

Phil was formally trained as a heavy equipment operator and worked in construction before enlisting in the military where he was schooled in electronics and was ultimately assigned to the Hawk Missile Defense System as a radar technician in Giessen, Germany.  Following his honorable discharge he was employed at Chamberlain Manufacturing in Scranton as a plant electrician/mechanic and retired in 2013 after 29 years with them.

An outdoorsman, Phil enjoyed hunting and fishing and was a member of the
Wallerville Hunting Club.  He also enjoyed camping, especially the many yearly trips to Wolfe Island, on the St. Lawrence River in Ontario, Canada to fish for northern pike.  Phil was the de facto cook in the group and his talent for that kept everyone happy and well fed.

Phil enjoyed listening to music, especially classic rock and rhythm & blues.  He was also well known among his many friends for his wit and dry sense of humor, as well as his joke and storytelling abilities.

Phil’s family would like to thank the Nurses and staff of Wayne Memorial Hospice for the compassion and care that they gave him during his last journey.

A private graveside service will be held at the convenience of his family.  Arrangements by Hessling Murray Funeral Home, 428 Main St., Honesdale.