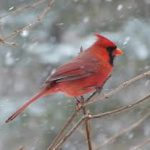 Lois M. Ryan, 98, a resident at Wayne Woodlands Manor in Waymart and formerly of Honesdale, died on Tuesday, March 5, 2019 at Wayne Memorial Hospital. She was preceded in death by her husband, Harry M. Ryan on August 3, 1997. The couple married on August 24, 1946.

Born on January 13, 1921, she was a graduate of St. Rose High School in Carbondale. A housewife and loving mother, Lois also held several jobs over the years. She was a faithful member of St. Mary’s Parish in Waymart.

She is survived by her son Marty Ryan of Waymart.

As per her request, cremation will be held and a private graveside service will be held at St. Mary’s Cemetery at the convenience of her family. Arrangements by Hessling Funeral Home, Inc., 428 Main St. Honesdale.