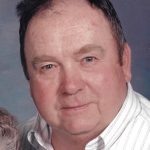 Joseph G. Livsey, 83, of Honesdale, died on Monday, March 2, 2020 at Ellen Memorial Health Care Center. He is survived by his wife of 59 years, the former Grace Weist. The couple married on September 3, 1960.

Born on December 16, 1936 in Scranton, he was the son of the late Joseph P. and Mary Moyles Livsey. He was a graduate of Benjamin Franklin High School in Carbondale and later served in the US Naval Reserves for 8 years.

Before retiring, Joe worked at Moore Business Forms. Joe enjoyed the outdoors, hunting and fishing. In his younger years, he enjoyed roller skating and playing the accordion. Most of all, Joe enjoyed spending time with his family.

He was a faithful member of St. John the Evangelist Parish in Honesdale.

In addition to his wife, he is survived by his daughters Grace Cogger and husband John of Darby, PA, Anne Hessling and husband James of Carbondale and Peggy McDevitt and husband Robert of Tafton; his grandson who was raised by his grandparents, Steven Livsey and wife Patty of Waymart; grandchildren, Steven Rac, Maggie Fleming, Sarah McKenzie, Jessica and Jennifer Hessling, Stephanie and Tyler Sincavage; 10 great grandchildren. He is also survived by his sisters Dorothy LaQuaglia of New Jersey, Mildred Griffin of Florida, Miriam Kniffen of New York and Joann Cummings of Carbondale.

He was preceded in death by his son Joseph W. Livsey, his grandson Mark Livsey, brothers William and Gene Livsey and his sisters Mary Livsey and Margaret Curtis.

A Mass of Christian Burial will be celebrated on Saturday, March 7th at St. Mary Magdalen Church in Honesdale at 10:30 am. Interment will follow in St. Mary’s Cemetery. Friends may visit Hessling Funeral Home, Inc., 428 Main St. Honesdale on Friday, 4 to 7.

Memorial contributions can be made to St. John the Evangelist Parish, 414 Church St. Honesdale, PA 18431 or Parkinson’s Foundation, parkinson.org.