Born on February 28, 1979 in Sussex, NJ, he is the son of Eugene E.
Mackerley Sr. and wife Annette of Cuddebackville, NY and Pamela
Predmore McCaulley and husband Robert of Ravenswood, WV. He was a
graduate of Calhoun County High School, WV.

For 22 years, Eddie was employed in maintenance with the Orange County Department of Parks. Eddie was also very active in the local demolition
derby circuit. He not only enjoyed building cars, working on the
mechanics and driving in derbies, he was also a track official at local events. He also was a car inspector at Spinning Wheels
Productions.

Eddie enjoyed being active in his sons life. He was happy
coaching the Junior Buckhorns Football team and other teams his son
played on. He was also a big West Virginia University football & basketball fan.

In addition to his wife and parents, Eddie is survived by his son
Brandon Michael Mackerley at home; his brothers Sean, Keith,
Randy, Eric, Jesse Mackerley and Adam and Alex Hames; sisters Crystal and
Michelle Mackerley; several nieces and nephews.

Funeral services will be held on Friday, June 14th at Hessling Funeral
Home, Inc., 428 Main St. Honesdale at 11am. Cremation will follow.
Friends may visit on Thursday, 4 to 7.

An education fund will be in set up for his son and will be announced shortly. 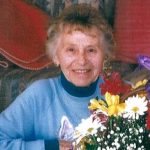