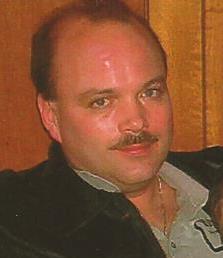 Born on July 22, 1964 in Scranton, he was the son of the late Paul Freethy and Judith Tallman Freethy Rimlinger. He was a graduate of Wallenpaupack High School, class of 1983.

Bruce was a carpenter and also worked for the family business, P.J.’s Garden Center in Hawley. He enjoyed fishing, hunting and spending time on Lake Wallenpaupack. He was a member of the former St. Joseph’s Catholic Church in White Mills.

He was also preceded in death by his brother Karl Freethy.

As per his request, cremation will be held. A Blessing Service will be held on Wednesday, Dec. 16th at Hessling Funeral Home, Inc., 428 Main St. Honesdale at 10 am. Interment will follow in Indian Orchard Cemetery. His family will receive friends on Tuesday, 5 to 7.