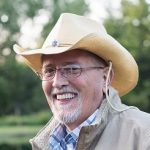 Wayne was the son of Beth Peck and the late Arthur Peck, both of

was a graduate of Narrowsburg Central School. He was a proud small

business owner, having owned a landscaping company, a bait-and-tackle

shop, a car wash/laundromat first on the Narrowsburg flats and then

in Peck’s Plaza and a woodworking business. He also was an avid

hunter and fisherman and a recreational pilot, often “buzzing”

friends and neighbors in his Piper Cub.

Wayne’s great joy in life was his family, especially his

grandchildren Boyd, Peter and Ivy. To those three, Wayne was known

simply as “Pops,” and his smile and laughter when he was around them

or any small child was contagious.

Wayne is survived by his mother; daughters Kellsie Dunham (Austin)

brother-in-law Paul Kean; as well his grandchildren and nieces,

nephews, and grand-nieces and grand-nephews. He was preceded in death

by his sister, Arden Kean, and his father.

Visitation will be held at Hessling Funeral Home, Inc. on Monday, October

In lieu of flowers donations can be made to the Gift of Life Family House in Philadelphia: www.giftoflifefamilyhouse.org