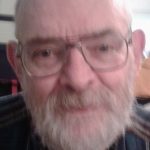 Walter “Wally” C. Galuska, 75, of Honesdale, died on Thursday, January 6, 2022 at Regional Hospital in Scranton after a long illness. He is survived by his wife of 50 years, the former Juanita Bradley. The couple married on September 18, 1971.

Born in New York City on September 1, 1946, he was the son of the late Ladislaus and Marie (Brown) Galuszka and was raised on Long Island. He was a proud US Marine who served during the Vietnam War. After being honorably discharged, he became a US Postal Carrier until May of 1979.

In December of 1985, he and his family settled in Bethany. He was a member of the Bethany United Methodist Church where he also served as a Lay Leader. He also sang in the choir and rang bells in the Carillon Choir.

For over 20 years, Wally was the happy and friendly face in the bakery and deli departments of Dave’s Super Duper.

Walter was an avid HO model railroader and enjoyed the impressive layout he built in his basement. He was a huge NY sports fan, especially the Mets. He was the lead architect of the annual pumpkin house display at Juanita’s home in Tenafly, New Jersey. The display featured over 100 pumpkins and various other Halloween decorations, and appeared several times on New York news channels and in local newspapers.

In addition to his wife, Wally is survived by his son Brad Galuska and wife Francine of Muhlenberg, PA; sisters-in-law, Cindy Russell and husband Scotty of Grass Valley, CA and Gail Bradley of Honesdale; brother-in-law, Wayne Bradley and wife Ann-Marie of Atlanta, GA.

Funeral services will be on Tuesday, Jan. 11th at the Bethany United Methodist Church at 11 am. Interment with military honors will be in the spring in Bethany Cemetery. Friends may visit Hessling Funeral Home, Inc, 428 Main St. Honesdale on Monday, 4 to 7.

In lieu of flowers, memorial contributions can be made to the Bethany United Methodist Church Music Fund, 3 Court St., Honesdale, PA 18431.