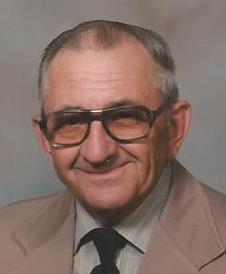 Vincent E. Miszler, 92, of Honesdale, died on Friday, April 1, 2016 at the VNA Hospice Unit at Geisinger Community Medical Center in Scranton. He was preceded in death by his wife, the former Betty Watson on July 27, 2004. The couple married on May 29, 1948.

Born on June 19, 1923 in Berlin Township, he was the son and last surviving member of the Charles and Wilhelmina Wiest Miszler family. He was a US Army veteran of World War II.

After returning home from the war, he worked in New York as a carpenter and later worked for the Pennsylvania Game Commission for a short time. Before retiring, He worked at Katz Underwear Factory for 49 years in the cutting department.

He was an avid golfer and a member of Cricket Hill Golf Course. He enjoyed the outdoors, hunting and fishing. Vinnie and Betty enjoyed dancing and was known to Polka around the room with his grandchildren.

He was preceded in death by his brothers Francis “Bucky”, Joe, Charles, Bernie, and Albert Miszler and sisters Mary Simmons and Stella Warfield; his son-in-laws Roger Gibbons and Jeffrey Johannes.

A Mass of Christian Burial will be celebrated on Friday, April 8th at St. Mary Magdalen Church, Honesdale at 10 am. Interment with military honors will follow in Indian Orchard Cemetery. Friends may visit Hessling Funeral Home, Inc., 428 Main St. Honesdale on Thursday, 5 to 7. All visitors are asked to use the 5th Street entrance.