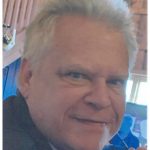 As long as we remember a person they’re not really gone. Their thoughts, their feelings, their memories, they become a part of us.

Steven Charles Baxter of Honesdale, passed away Friday, June 5, 2020 at the age of 65 at Geisinger in Danville.

Steven is survived by his wife of 40 years, Laura J. (Backert) Baxter and their children Carolyn Giannetti and son-in-law Joe, Heidi Baxter, Kyle Baxter and Casey (Baxter) Edwards and son-in-law Tommy Edwards. In addition are his sisters Debra Ann Williams and husband Richard and Doreen Ritter and husband Kenneth; his mother-in-law Dolores Backert; sisters-in-law Pamela Frye and husband William and Karen Hess and husband Kenneth; his nieces and nephews will remember most his sense of humor and sound of laughter; and his grandchildren which were his pride and joy, Kady Giannetti, Joey Giannetti, Mathew Carroll and Oaklee Edwards.

Steven was born in Manhattan, NY on February 13, 1955, the son of the late Charles and Carrie (Cieplinski) Baxter. Steven attended Catholic school in the city.

Steven was such a supportive sibling, husband, father and grandfather. He would always make sure his children and grandchildren’s sports were on his calendar so he would not miss a single game.

He would also never miss a Giants or Yankees game unless it was not on cable. He told his family, if we watch the Yankee Channel, they would always win. That was his favorite channel.

Steven served his country as an Air Force Specialty Security Guard in his early years. He met his beloved wife Laura at a lumber company in Brewster, NY where they worked together and Steven told her he knew it was meant to be. He then pursued his love for truck driving and worked for Yellow Freight for 35 years until his retirement.

Steven loved his children more than anything in the world. He would always give us weekly calls just to make sure everything was okay. Once he figured out how to FaceTime, he would always do that instead of a phone call. He would FaceTime his only son Kyle daily to give him the weather updates while he was traveling the United States in his tractor trailer. He would check on all his grandchildren and FaceTime them just to have a laugh and make them smile.

Let us remember his infectious laugh and outgoing joyful personality that lit up our world.

Friends may visit Hessling Funeral Home, Inc., 428 Main St. Honesdale on Friday, June 12th, 4 to 7. All guests are asked to wear a mask. Private funeral services will be held at the convenience of his family. 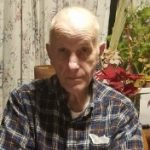 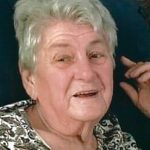