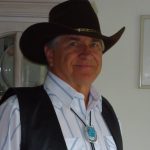 Stanley “Butch” Javitz, 78, of Beach Lake and formerly of Port Jefferson, NY, died on Tuesday, November 12, 2019 at Wayne Memorial Hospital. He is survived by his wife of 33 years, the former Diane Passaretti-Ritter. The couple married on August 23, 1986.

Born on June 13, 1941 in Dickson City, PA, he was the son of the late Stanley Jr. and Agnes (Kuschek) Javitz. Butch worked many years as a carpenter before retiring from Stony Brook University in New York in 2003. In 2008, he and Diane moved to Beach Lake where he was a member of St. Francis Xavier Church in Narrowsburg.

Butch enjoyed salt water fishing, landscaping around his home and spending winters in their RV at Crystal Lake RV resort in Naples, Florida. He also enjoyed playing the slot machines at the casinos.

He was preceded in death by his sisters Delores and Joanne Javitz.

As per his request, cremation will be held and friends may visit Hessling Funeral Home, Inc., 428 Main St. Honesdale on Monday, 4pm to 7pm. A Memorial Mass will be celebrated on Tuesday, November 19th, 2019 at St. Bernard’s Church, Beach Lake, PA at 10 am. Inurnment will follow in St. Francis Xavier Cemetery, Narrowsburg, NY.