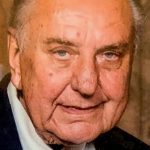 Stanley J. “Rudy” Rudowicz, Jr., 75, of Honesdale, died on Monday, November 9, 2020 at Wayne Memorial Hospital. He is survived by his wife of 41 years, the former Roberta Cunningham Werner. The couple married on March 31, 1979.

Born on July 24, 1945 in Wilkes-Barre, PA, he was the son of the late Stanley Sr. and Elizabeth (Shedlock) Rudowicz. He attended Coughlin High School and later joined the US Army. He served in combat in Vietnam from 1967 to 1968.

Rudy later attended the Pennsylvania State Police Academy and served the Commonwealth as a State Trooper for 23 years until he retired in 1991. Following his retirement, he worked with the Wayne County Sheriff’s Department.

An avid fisher, Rudy enjoyed his fishing trips with his friends and family. He was a talented gardener, tending to hundreds of plants and beautiful yard admired by many. As with his home being kept nice, he also kept his “Trophy Truck” in mint condition and enjoyed daily rides with his wife. He enjoyed trying his luck with lottery tickets and was also known as a great cook — his children and grandchildren always looked forward to “Rudy’s homemade pizza” at family gatherings.

A man of great strength, Rudy was a 23 year cancer survivor.

Memorial contributions can be made to Dessin Animal Shelter, 138 Miller Drive, Honesdale, PA 18431.