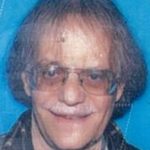 Born on January 15, 1957, he was the son of the late George Herbert and Alice Elizabeth (Lyons) Shute. Ron attended Johnson Technical College and worked as an automotive mechanic before being employed at the former S.J. Bailey and Sons in Honesdale. Until becoming ill, Ron worked at Shooky’s in Hawley.

An avid sports fan, he was very knowledgeable of statistics and history of teams and athletes. He enjoyed following the Baltimore Orioles and Green Bay Packers.

He was preceded in death by his brothers William and Lionel Shute.

Following cremation, a private graveside service will be held at the convenience of his family. Arrangements by Hessling Funeral Home, Inc., 428 Main St. Honesdale.