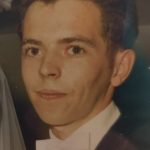 Robert Lewis Skinner, 73, known as “Bob” by all of his friends of Beach Lake, Pennsylvania passed away unexpectedly on 4/8/2020 at the Orange County Regional Medical Center in Middletown, NY.  Robert was born in Torrey, PA at his home on 1/16/1947.  He has resided in Wayne County, Pennsylvania since that time as he called the area home.

Robert went to St. Vincent’s Catholic School where he graduated and after school he began to gain his work ethic and eventually entered the Navy.  Robert served in the Navy during the Vietnam era.  Shortly after leaving the Navy Robert met the love of his life Margaret Ann Skinner, known as “Marge” by her friends and they were married at the age of 21 in the Damascus United Methodist Church.  Robert Married into a family of 20 and was accepted with open arms by his family.  Many of the other girls’ boyfriends were often initiated by eating hot peppers by her family, but Rexford loved Bob immediately.  Margaret and Robert were married for an incredible 51 years.  Margaret was his everything.  She was his best friend, love of his life, and person that simply completed him.  If you knew Robert than you would know that he was always joking around even when he wasn’t feeling well.  In terms of work Robert worked at Chroma Tube with my mom, then he was an important employee at Moore business forms in Honesdale for quite a while, and Finally he worked at the M. Lloyd Company in Honesdale, PA doing small engine repair and electrical work with Mark Ostrander who was a great friend.  Together they had four children Robert, Kevin, Shawn, and Christopher.  His son, Robert Lewis Skinner Jr. and his wife Shannon Skinner reside in Regina, Saskatchewan with their two children Kylie and Dylan.  Grandpa loved playing video games with them when they would come to visit during the summer.  He was proud of their academic achievements and how they would always win prizes.  His son Robert has two other children in South Carolina named Makayla Skinner and he was anxiously awaiting meeting his great granddaughter Aubrey; and C-Aira Jones and her husband Jordan Jones and he was also anxiously awaiting a time when he would be able to meet his great granddaughter Katie.  He would always ask to see pictures of his great grandchildren as his family was the apple of his eye.  Every time he would get to see Makayla a C-Aira were a treasured memory.  Kevin Skinner and his wife Jami reside in Florida with their two children and his two grandchildren Jasmine and River.  He has two other children and therefore Robert has two other grandchildren Dove Day resides in Florida and he loved to spend time walking on the Beach with her and playing in the sand; Sean Fine resides in Louisiana with his family and had met his grandfather as a young boy.  Shawn Skinner resides in Florida with his wife Kristina and Robert was untimely preceded in death by his Granddaughter Makayla whom he absolutely fell in love with as she was full of charisma and survived by his Granddaughters Alexis and Jenesis.  His son Christopher Skinner and wife Jane of Equinunk and their three sons and were extremely close to their grandfather.  He loved to play chess with his grandson Gabriel as they would play for hours to a time and pick on each other.  He was very proud of his grandson Camden for winning a chess tournament at school and also loved to play chess with him. He formed a very special bond with his grandson Tristan and loved to snuggle together with him.  He is also really proud of the boy’s academic success and ability to overcome obstacles.

Robert was a family man and a man of his words.  His love for his wife was so evident and is a great example of how a man should love a woman.  It’s a great example for marriages today to push on regardless of the circumstances.  For better, for worse, for richer, for poorer, in sickness and in health, to love and to cherish, and until death do us part are the vows that Robert and Margaret held dear and they did go through many rough times and made it through.  Robert is a survivor and a warrior.  He had so many friends and had such a great sense of humor.  He would help anyone in distress if he was able.  He would share God’s word through emails to his friends and family.  When he became disabled it was hard, but not only did he succeed, he excelled at life.  It’s not easy to go from being a workaholic to being differently abled and no longer being able to do as much as before.  As his son, I must say that I am thankful for such a great man as a father.  He’s been my biggest supporter throughout life and he will forever be here with us through the way that he shaped Robert Jr., Kevin, Shawn, and Christopher.  He was proud, worried, and prayed for all of his boys.  He will forever be here in the ways that he has touched each of you with his kindness, his jokes, his love, wisdom, hardworking attitude, humility and bravery to push forward despite many obstacles.

In lieu of any flowers, the family would like others to contribute to the Makayla Marie Skinner Foundation which is an organization that helps other children battling the form of childhood cancer that his granddaughter passed away from called rhabdomyosarcoma.  You can make donations at their Facebook page.