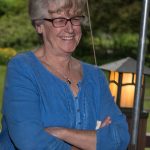 Rita Ann Langendoerfer, 78, of Honesdale, died on Sunday, June 13, 2021 peacefully at her home with her family by her side. She is survived by her husband of 61 years, Ralph S. Langendoerfer. The couple married on March 21, 1960.

Born on January 30, 1943 at the family home in Beach Lake, she was the daughter of the late Edward L. and Margaret I. (Ham) Murray. She was a graduate of Honesdale Catholic High School.

Rita began her career working in the cafeteria at Wayne Highlands School District. She later worked at Wayne Memorial Hospital starting as a unit clerk. At the age of 50 and after raising her family, Rita went back to school and received her nursing degree from Sullivan County College. She continued working at Wayne Memorial Hospital as a registered nurse until her retirement in 2008. In her retirement, Rita continued caring for others as a personal care nurse.

She was a faithful member of St. John the Evangelist Parish in Honesdale and played the organ at St. John’s Church in her younger years.

Rita was dedicated to her work, but she was absolutely and selflessly devoted to people. Through all the joys and sorrows of life, family, friends, patients, and acquaintances were lifted and steadied by her love, her generosity, her warmth, and her great wit. She wasn’t just a mother and grandmother, she was a best friend and someone that made everyone laugh. She cared about the well being of others before herself. Many called her “Gramma Rita,” but even more found a deep sense of family in her presence.

She was preceded in death by her brother-in-law James Barton.

A Mass of Christian Burial will be celebrated on Thursday, June 17th at St. John the Evangelist Church in Honesdale at 10 am. Interment will follow in St. John’s Cemetery, Honesdale. Arrangements by Hessling Funeral Home, Inc., 428 Main St. Honesdale.

Memorial contributions can be made to Hospice of the Sacred Heart, 600 Baltimore Drive, Wilkes-Barre, PA 18702.