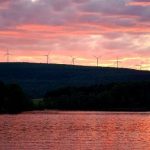 Born on January 6, 1955 in Queens, NY, he was the son of the late Cornelius and Patricia Guidone O’Grady. Richard began his career in post production film work for his step-father at JG Films in New York City. He later began his own business, Coded Edge in New York. After settling in the Honesdale area, he worked for the Fireplace Shop.

For many years, he was a Pack Leader for the Cub Scouts in Honesdale. Richard enjoyed the outdoors, hunting and fishing.

He was preceded in death by his brothers, Kevin, Daniel and Michael O’Grady and his sister, Caroline Molina.

As per his request, there will be no public services. Arrangements by Hessling Murray Funeral Home, 428 Main St. Honesdale.