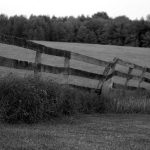 Born on March 5, 1947 in Honesdale, he was the son of the late Frank and Jeanne (Miller) Breidenstein. Peter worked many different jobs over his life and liked to elaborate his stories of where he worked.

Surviving are his brothers, Lemuel, Paul and Ken Breidenstein; sisters, Marion Martin and Gwen Kloepper; many nieces and nephews.

He was preceded in death by his brothers, Mike, Richard, John and Kevin and sisters, Florence and Josephine.

Private services will be held at the convenience of his family.