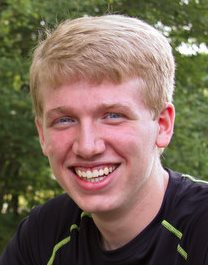 Born on November 16, 1996 in Honesdale, he is the son of Michael F. and Carol A. Short Burkhardt of Waymart. He graduated with honors from Western Wayne High School, class of 2015. In high school, he was a member of the National Honor Society and a member of the FBLA, Future Business Leaders of America. His high school project received first place in the Pennsylvania State Junior Academy of Science with the research he did at Lacawac Sanctuary.

Jake was currently a freshman at Keystone College where he quickly became involved in many student clubs. He was also employed part-time at Ray’s Shursave in Waymart and was a member of the Prompton United Methodist Church.

Jake will be remembered as a kind and happy person with a great smile. He always knew when someone needed help and was always there to help. In that spirit, Jake will continue to help others as an organ donor.

In addition to his parents, Jake is survived by his brother Benjamin Chase Burkhardt, at home and a sophomore at Western Wayne High School; his maternal grandparents Myron and Glenna Short of Waymart; his paternal grandmother Judy Burkhardt of Honesdale. He is also survived by his two beloved beagles, Spot and Daisy.

He was preceded in death by his paternal grandfather Michael Henry Burkhardt.

Memorial contributions can be made to Lacawac Sanctuary, 94 Sanctuary Rd. Lake Ariel, PA 18436.