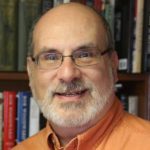 The following was written by Mark Graziadio, himself.

Mark Anthony Graziadio of White Mills, Pennsylvania passed away. He is no more; he bit the bullet, kicked the bucket, went to meet his maker, rode off into the sunset, has achieved room temperature, and is going, going, gone! He drifted off this rock on January 18, 2021 in Cape Coral, Florida. His spirit was released from his worn-out shell of a body and is now free to explore the universe, hoping he no longer has vertigo or issues with heights.

He was sent off by his loving wife of 46 years, Susan Jayne Bunnell Graziadio, who can now wear green and eat chicken and rice anytime she wants. According to Sue, God would not allow them to bear children because if they had a son, Mark wanted to name him Galileo, because Galileo Graziadio sounded cool.

Mark was preceded in death by his brother Vincent (2007) and his sister Jane Weist (2017), who Mark had reminded frequently that after their birth, his parents looked at his siblings and said … “we can do better.” Also predeceased were his tonsils and adenoids in the 50’s, wisdom teeth in the 60’s, hair shortly after he married in 1975, and his slender waistline sometime in the 80’s.

He drifted through the Hancock (NY) Central and Honesdale (PA) Catholic Schools and graduated in 1971 from Scranton Preparatory High School. At the urging of his brother, the late Vincent Graziadio (in addition to being deceased, he was also always late), he received his BS Degree in Accounting from The University of Scranton in 1977.

Mark worked at the (also deceased) Giant Markets – part time while in high school, full time from 1971 to 1982, and then part time until 1986. He was a clerk, Night Shift Manager, 3rd Man, Assistant Manager, and Point of Sale coordinator – installing and training employees on the use of the 1st scanning registers in NEPA.

He joined The Honesdale National Bank (HNB) in 1983 and retired from there in 2018 as a Vice President and Marketing Director, where he claimed his real position at the bank was “semi-reclining.” He enjoyed politics, having unsuccessfully run for Honesdale Borough Tax Collector in 1977 and Wayne County Commissioner in 1991, finally being elected Wayne County Commissioner in 1999 and serving from 2000 to 2003. He did not run for re-election. He was the Wayne County Democratic Chairman, State Committee Representative, member of the State Party’s Executive Committee representing the 20th Senatorial District, and a Texas Township #3 Committeeman.

Graziadio taught banking related courses at area colleges and for the PA Bankers Association in their Schools at Dickinson College in Carlisle, Bucknell in Lewisburg and Penn State in State College. He was also a guest speaker and presenter for many businesses and non-profits for customer service, teambuilding, marketing, and other related topics. While at HNB, he helped implement a marketing strategy using radio ads to promote community events which worked especially well since he claimed to have had a “face for radio.”

Mark was a community activist, having served as the President of Wayne County Habitat for Humanity; an Officer, Board Member, and member of the Executive Committee for the NEPA Alliance; a member of the Honesdale Area Jaycees; a Biddy Basketball and Champion Little League Coach; President of the Voluntary Action Center of NEPA; Chairman of the Wayne County Big Brothers/Big Sisters Advisory Council; and President of the Scranton Chapter of the American Institute of Banking (AlB) which Mark said that he joined because he thought it stood for “Alcohol ln Banking.” He was the recipient of numerous accolades and awards including, Jaycee of the Year and the Wayne County Chamber’s Community Service Award.

A memorial Mass will be held at BVM Queen of Peace in Hawley at a date and time to be announced due to the ongoing pandemic. His ashes will be interred at the Glen Dyberry Cemetery – not kept in an urn next to (former dogs) Abbi’s and Tyler’s on the mantle.

Anyone who remembers him is asked to celebrate Mark’s life in their own way. Instead of flowers, you are asked to do an unexpected and unsolicited act of kindness for some poor unfortunate soul in his name. For those with a burning desire to do something financially, he’d appreciate your support of Wayne County Habitat for Humanity, BVM Queen of Peace Church, Scranton Preparatory School or The University of Scranton in his memory (because they surely remember him).