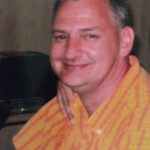 Born on October 9, 1958 in Honesdale, he was the son of the late Robert W. and Alberta Bush Frey.  He was a graduate of Honesdale High School and continued his studies at Williamsport Community College.

Kevin was employed at the former Moore Business Forms for 19 years and for 10 years at the former DSFI in Honesdale.  He was currently working at Mike’s Vending.

An outdoorsman, he enjoyed hunting and fishing.  He was also an avid Pittsburgh Steelers fan.  He enjoyed DJing at parties and was well known to join in on the fun.

Kevin will be remembered for his great sense of humor and the love he had for his children.

In addition to his wife, he is survived by his daughter Jennifer Wilhelm and husband Brian of Jeanette, PA; his brother Robert Frey and wife Barbara; his sisters Dorothy Barnhart and husband Robert, Susan D’Amore and husband Frank, and Rebecca Gambucci and husband Lou; grandchildren Zachary and Ethan Berginic; several nieces and nephews.

He was preceded in death by his son Matthew Kevin Frey and his sister Sharon Pohle.

A memorial service will be held on Thursday, August 9th at Hessling Funeral Home, Inc., 428 Main St. Honesdale at 6:45.  The family will receive friends 4 until the time of service.