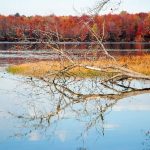 Kevin Russell Breidenstein, 63, of Honesdale, died unexpectedly on Wednesday, October 2, 2019 at Wayne Memorial Hospital. He is survived by his wife of 41 years, the former Karen Corcoran. The couple married May 20, 1978.

Born on December 31, 1955 in Honesdale, he was the son of the late Frank and Jeanne Miller Breidenstein. Kevin held many jobs over the years, recently working security at the Route 6 Plaza in Honesdale. He also served as Constable of Honesdale Borough. Kevin was also a member of Texas #4 Fire Department.

A sports fan, he enjoyed cheering for the New York Mets, New York Giants and Boston Bruins. He was also very involved in local sports, coaching Little League and Biddy Basketball. He also umpired and played in local softball and bowling leagues.

Kevin enjoyed listening to classic rock, the outdoors and his cats. He also loved Christmas, playing Santa and decorating his house so it could be seen from Irving Cliff. Recently, Kevin and Karen enjoyed traveling, taking road trips. Most of all, Kevin loved spending time with his family.

He was preceded in death by his son Andrew Breidenstein; brothers Mike, Richard and John and sisters Florence and Josephine.

Funeral services will be held on Tuesday, October 8th at Hessling Funeral Home, Inc., 428 Main St. Honesdale at 10 am by Pastor Mary Bryant. Interment will follow in Torrey Cemetery. Friends may visit on Monday, 4 to 7.