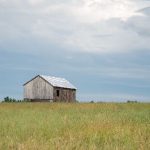 James Floyd Conklin Jr., 75 of White Mills, died on Tuesday, September 11, 2018 at Hospice of the Sacred Heart in Dunmore. He was preceded in death by his wife, Joyce M. Howey Conklin on October 11, 2014.

Born on June 8, 1943 in Newton, NJ, he was the son of the late James F. Conklin Sr. and Lillian May Smith Conklin. He began working at a young age as a mason which was his career for many years. He retired in 2002.

“Big Jim” as he was called by his friends, enjoyed playing poker, cheering for the New York Giants and in recent years, working on puzzles. He was lovingly called “Old Man” by his family and loved spending time with them.

He was preceded in death by his sister Linda Spann and brother Russell Abbott.

As per his request, there will be no public services.