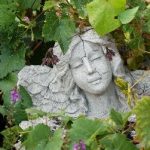 Born on August 31, 1919 in Dunmore, she was the daughter of the late David and Ada McCray MacKay.

A homemaker, Isabella also worked for many years at the former Peck’s Nursing Home in Honesdale. She also helped her husband on the family dairy farm. She was a faithful member of the Grace Episcopal Church in Honesdale.

In her later years, she enjoyed traveling especially to Atlantic City.

She is survived by her daughters Bonnie McKane, Janice Marshall and husband Thomas and Wendy Czar and husband John; 6 grandchildren and several great grandchildren. Also surviving are several nieces and nephews.

A graveside service will be held on Monday, August 5th in East Dyberry Cemetery. As per her request, there will be no public visitation. Arrangements by Hessling Funeral Home, Inc., 428 Main St. Honesdale.