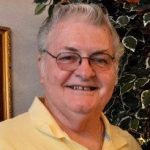 A Golden heart stopped beating. Hugh Joseph Murphy, 77, of Honesdale, peacefully passed away surrounded by family on Thursday, September 12, 2019. He is survived by his wife of 56 years, Norma (Roy) Murphy. The couple married on February 2, 1963.

He was the beloved son of the late Robert E. and Gladys (McGranaghan) Murphy. He was born on March 25, 1942 in New York City.

Hugh proudly served his country in the United States Air Force for more than 20 years retiring as a Master Sergeant. Following his military career, he embarked on a second career at Farview State Hospital and the State Correctional Institute at Waymart. He retired from SCI Waymart as a Captain in 2004 with 23 years of service to the Commonwealth of Pennsylvania. He was highly respected by the men and women he served with. He established and maintained many long-standing friendships and will be sorely missed by all who knew him.

A devoted husband and father, Hugh is also survived by his children, James Murphy, Colleen Lowe and husband Kevin, and Michael Murphy and wife Carol. He cherished his time spent with family and idolized every one of them. Hugh never missed an opportunity to commend his love ones and regularly expressed a great sense of pride with their accomplishments.

In addition to his wife and children, Hugh is survived by his two sisters and a brother: Mary O’Neill and husband Benedict, Ann Keely and husband Kenneth and Robert Murphy.

A Memorial Mass will be celebrated on Saturday, September 21st at St. Bernard’s Church in Beach Lake at 10 am. Interment will follow in St. Juliana’s Cemetery with full military honors. As per his request, there will be no public visitation. Arrangements by Hessling Funeral Home, Inc., 428 Main St. Honesdale.