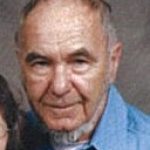 Born on October 27, 1937 in Honesdale, he was the son of the late Charles W. and Ona M. Watson Doherty. He was a graduate of Honesdale Catholic High School and later served in the US Navy.

After he and Eileen married, they moved to New Jersey where he had several jobs working in maintenance. They returned to the White Mills area where Gerry worked at Chromatube until his retirement.

Gerry was a faithful member of St. John the Evangelist Parish in Honesdale. He enjoyed the outdoors, hunting and fishing. At home, he enjoyed farming, gardening and spending time with his family.

In addition to his wife, he is survived by his daughter Lisa Klein and husband Rob of Colchester, CT; his brother Charles Doherty and wife Emilia of Aurora, CO; sisters Ona Rechner of Jackson, NJ and Karen Batten and husband Thomas of Honesdale; grandchildren and great grandchildren, Joshua Klein and wife Bonnie and their children Jeramey and Liliana, Jeramey Klein and fiancée Heather Thompson, Mariah Smigiel and husband Jordan and Megan Klein.

A Mass of Christian Burial will be celebrated on Wednesday, Aug. 19th at St. Mary Magdalen Church in Honesdale at 10 am. Interment will follow in St. Mary’s Cemetery. Friends may visit Hessling Funeral Home, Inc., 428 Main St. Honesdale on Tuesday, 4 to 6. All CDC guidelines will be followed. All attending must wear masks and guests are asked to be brief when paying their respects to maintain social distancing.