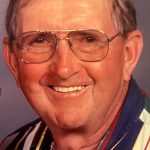 George Ronald Sporer (Ron), 83 years old, of Honesdale, peacefully slept away in his home on the evening of October 30, 2021.  He is survived by his wife, Jean C. Sporer, of 52 years of marriage, his four children Saleena Sporer-O’jea, Karen Sporer, Christina Sporer and Ronald Sporer.  He also leaves behind six grandchildren; Emma, David, Jack, Chance, Ronald and William.

Born December 12, 1937 in Cherry Ridge on the family farm, he was the middle of five children of George Michael and Alice Marie Sporer.  He attended a one room school house a mile away from the family farm in his early years, and attended Ho-Ca-Hi through graduation.  Growing up Ron worked the family farm with his parents, brothers and sisters, often recounting stories from the farm to tell his children and grandchildren.

Ron then joined the United States Army where he worked for the Army Corps of Engineers helping to build roads, airports and bridges out in deserts of Arizona.  Upon his discharge from the Army, he brought his construction and heavy equipment skills back home where he began his construction career.  Like many construction workers do in the winter, Ron began logging in the off-season.  Having discovered his love for the woods, and tall, straight hardwood, Ron began the career that defined him.

Having become a long-time fixture of the local logging community, Ron was well known and respected by his logging colleagues as an honest, hardworking family man.  Although his career required him to often work six or seven days a week from sunup to sundown, and sometimes longer, he always found time for taking his family to church, fishing, hunting or to each of his kids sports.  It was no surprise to show up to a sporting event and see his big green log truck parked nearby.

After over 30 years of logging, Ron finally set down the chainsaw and began working in retirement.  He could be found making picnic tables with his wife, driving for Wayne Transportation, or fishing at one of the farm-ponds around Wayne County.  He was an avid outdoorsman who never wanted to be inside.

Although his passing leaves a great emptiness, he can still be seen in the rough-hewn boards of his barn, the house he built with the trees he cut, and the lasting impression he left on all of us.