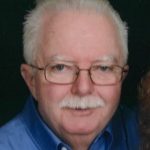 Francis “Tom” Tigue, 73, of Hawley passed away on Monday September 17th. He is survived by his wife of 45 years Janet (Erhardt) Tigue who lovingly provided full time care for him throughout his final years.

Born on January 30, 1945 in Honesdale, he was the son of the late Francis P. and Florence Howe Tigue.
In addition to his wife, he is survived by his eight children and their partners Wayne Tigue and Jody Cole, Roy Tigue and Courtney Goldman, Lynnita Tigue-Petroski and Tom Petroski, Adam and Andrea Tigue, Sarah Tigue, Tom Tigue and Victoria Goncalves, Will Tigue, and Brad and Danielle Tigue. He also leaves behind fourteen grandchildren Cheyenne, Chase, Matthew, Brett, Cole, Logan, Emory, Jenna, Ruby, Gabby, Derek, Patrick, Ryan, and TJ as well as two sisters Sally Compton and Marge Tigue, a sister-in-law Beverly Erhardt, and two brothers-in-law Leo Compton and Elton Erhardt.

He was preceded in death by his brother Robert Tigue and brother-in-law Vernon Erhardt.
Tom attended Honesdale High School. As a young man he enjoyed taking a ride on his motorcycle or a drive in his corvette. Tom and his brother Bob operated the Honesdale Gulf Station for several years. He also served with honor with the National Guard in Honesdale. In 1987 Tom and wife Janet started their own business which Janet her family continue to run today- J Tigue Auto Sales in Hawley. Tom enjoyed going on road trips, to auto auctions, car shows and socializing with most anyone. You would often see him when you stopped to eat at Trish’s Bagels, Cordaro’s, or the Hawley Diner and at many auto service centers. Tom’s greatest pride however was his wife and children who you would hear him speak of often. He was loved by all and will be greatly missed.
Viewing and service will be held on Saturday September 22, 2018 at Hessling Funeral Home, Inc., 428 Main Street in Honesdale. Visiting hours will occur between 10:30 and 12:30 with service to immediately follow by Pastor Jeffery Levy. He will be laid to rest in Green Gates Cemetery in Hawley. Memorial contributions may be made to Hawley United Methodist Church 315 Church Street Hawley or to a charity of choice.