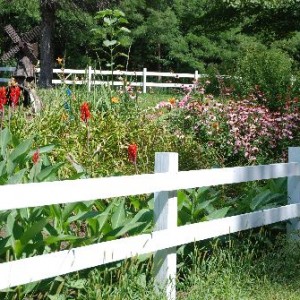 Eva Rose Panfili, 94, of Honesdale, passed away Saturday at Wayne Woodlands Manor, Waymart, Pa.  She was a lifelong resident of Wayne County and a country girl at heart.

Born on February 17, 1923 on the family farm in Cherry Ridge, she was the daughter of the late Joseph and Clara Farina Malti. She graduated from Honesdale High School at the age of 16 and subsequently from Wayne Commercial School.  In her later years, she completed the real estate program at Penn State Worthington.

Early in life, she was employed at Camp Delwood, later at Dale Sportswear, Honesdale, Pa.  Most of her work career was spent at Nationwide Insurance/Strout Realty with Clinton Leet and after his retirement, for Nationwide with Robert Turano.  Many will remember her as being truly customer oriented, long before that phrase was popular.  After retirement, she often would be found at Hunter’s Gallery, helping out wherever or whomever she could.

She is survived by a son, Dennis Panfili and wife Irene, a daughter Anita Avvisato and husband David, Honesdale, two granddaughters and their husbands, Jennifer and Keith Reiner of Lancaster, Pa and Christine and Keith Knoebel of Berwyn, Pa, a great grandson, Henry James Reiner, many nieces and nephews.  She was preceded in death by her sisters, Mary Burleigh and Olga Smith, brother, William and Ruthann Malti.

Calling hours will be Thursday from 5 to 8 pm at Hessling Funeral Home, 428 Main St. Honesdale. Family and close friends are invited to the Mass of Christian Burial to be held Friday beginning at 10 am at St. Mary’s Church, 242 Carbondale Road, Waymart.  Interment, St. Mary Magdalen Cemetery, Honesdale.

Memorial contributions may be made to the Foundation for Cancer Care, 236 Penn Ave. Scranton, Pa 18503 or Dessin Animal Shelter, 138 Miller Road, Honesdale, Pa 18431.