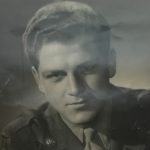 Born on June 18, 1928 in Scranton, he was the son of the late John and Dorothy Reedmiller Kaub.

Emory was a US Army Veteran of WW II. He later worked as a mixologist at different locations throughout Hawley. Emory later found his passion as an Equipment Operator for the PA Game Commission, which he later in life retired from. Kaubs Trail in Shohola was named after Emory for his work he did with the Game Commission.

Emory was a faithful member of BVM Queen of Peace Parish in Hawley. He had a passion for fishing and hunting and would be found spending his free time in his garden. Emory loved to feed his “Deer” family and had names for each of them.

Surviving are numerous nieces and nephews and family friends close to Emory’s heart.

A Memorial Mass will be celebrated on Thursday, October 11th at Quean Of Peace Parish at 10:00 am. Interment will follow in Queen Of Peace Cemetery. Arrangements by Hessling Funeral Home Inc. 428 Main Street Honesdale.