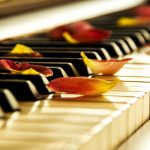 Elizabeth “Bette” Brown, of Honesdale, died on Saturday, November 20, 2021 at Forest City Nursing Home. She was preceded in death by her husband Joseph P. Brown on October 21, 2007. The couple married in June of 1953 at St. Leo’s Church in Ashley, PA.

Born in Lansford, PA, she was the daughter of the late Michael and Mary (Fetsurka) Skomsky. She graduated from Ashley High School in 1946 and was class valedictorian. Bette resided in Ashley, Mountaintop and Kingston, PA before moving to Honesdale in 1960. She was employed by Thompson Derr and Brother Insurance Agency in Wilkes-Barre for eight years after she graduated. After moving to Honesdale, she was a secretary at Histed Insurance Agency for several years.

Bette shared her musical talents as a piano accompanist for numerous organizations including the Wayne Highlands Elementary Chorus, the WHMS plays and concerts, Bethany Playhouse-Bethany Colony Players and the Wayne Choralaires.

Surviving are three sons, Robert of Philadelphia, PA, James of Manchester, CT and his twin children, Jack and Molly and David and wife Doreen of Gilbertsville, PA and their children, Katie and Haley; her brother Ralph J. Summers and wife Valerie; aunts, uncles, nieces and nephews.

A Funeral Mass will be celebrated on Monday, Nov. 29th at St. John the Evangelist Church in Honesdale at 10 am. Private interment will be in St. Mary’s Cemetery, Hanover, PA. Arrangements by Hessling Funeral Home, Inc., 428 Main St. Honesdale.