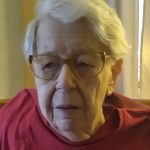 Born on April 1, 1928 in Cheltenham, PA, she was the daughter of the late Reuben and Esther (Zeller) Fegeley. She began working for Sears and later became a crossing guard for the Upper Moreland Township Police Department.

In her younger years, Dorothy enjoyed bowling, which is where she met her husband. Recently she enjoyed relaxing on Lake Wallenpaupack.

Surviving is her son William V. Terry; her daughter-in-law Cheryl Terry both of Lake Ariel; granddaughters, Kaylyn and Genna Terry; nieces and nephews.

She was preceded in death by her brothers, William and Jack Fegeley.