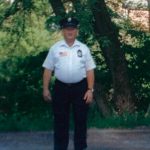 For many years, Dave was the caretaker at Indian Orchard Cemetery. He was also a proud member of the Honesdale Protection Engine #3 Fire Department.

Dave enjoyed fishing and in his younger years, playing baseball, football and was known to be involved with some fierce badminton games.

In addition to his wife, he is survived by his sisters, Pearl Myers and Barbara Landers of Honesdale; his brother Roy Williams of Honesdale; sister-in-law, Cindy Minew and husband Rob of Prompton; brother-in-law, Larry Fay and companion Laurie Doran of Scranton. He is also survived by nieces, nephews, aunts and uncles.

He was preceded in death by his sister Darlene Hendershot and brother George A. Williams Jr.

Memorial contributions can be made to Protection Engine #3, PO Box 385 Honesdale, PA 18431.