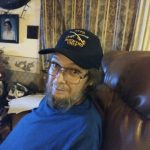 David H. McDowell, 65, of Honesdale, died on March 10, 2022 at Wayne Memorial Hospital. He is survived by his wife, the former Peggy Lee Alexander.

Born on October 17, 1956 in Philadelphia, he was the son of the late J. Hunter and Violet P. (Arrington) McDowell.

David was a graduate of Drexel University and in 2004 received a Master’s Degree from Stevens Institute of Technology in Engineering, Physics and Engineering Physics.

Over his career, he worked as an engineer that later expanded into education. He began working for GE in Philadelphia and later GE/Lockheed Martin, Space Systems Divisions. He then was the Senior Design Engineer for General Instrument, Transmission Network Systems in Horsham, PA. Before moving into education, David worked at Loral Skynet Satellite Management in Hawley.

David began teaching in 2007 at Wallenpaupack Area High School and in 2008 at Western Wayne High School. He later taught at ITT Technical Institute in Dunmore and retired from Penn State, Worthington Campus in 2018.

David was a member and treasurer of the Windmill Amateur Radio Club using the callsign WB3KTW.

In addition to his wife, he is survived by his children, Kathleen and William and siblings, Lynnie and Nancy.

A private memorial service will be held at the convenience of his family.