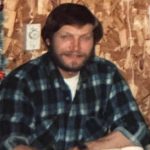 David Harry Kutch, 71, of South Canaan, PA went to sleep in the Lord March 10, 2022 after his battle with COPD. He was the son of Michael and Maxine Kutch who preceded him in death. David graduated from Honesdale High School in 1969 and went on to enlist in the Marine Corps after high school. Prior to his deployment, he married Nancy Ann Frisbie. His daughter Dawn was born a year later. While in the Marine Corps, he was stationed in Okinawa then was assigned to Vietnam during the Vietnam War. Upon his return from the war, David met his daughter for the first time since his deployment. His son Kevin was born five years later. David worked in various vocations but spent most of his working years at Adams Cable TV company as a mechanic, lineman, and had various other responsibilities. As a younger man, David enjoyed wine-making, working on cars, and canoeing. He also spent time hunting, fishing, boating, and anything that involved the outdoors. David was a lover of Rock-N-Roll music and loved to sing; he had a great voice! David loved being in nature and watching the Eagles football team and NASCAR races. He also was a member of the Christadelphian Ecclesia in Honesdale, PA and was faithful in the hope of the Lord’s return.