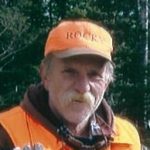 Born on December 12, 1950 in Callicoon, NY, he is the son of Alice (Gries) Turner of Honesdale and the late Sidney Turner.

Danny graduated from Damascus High School in 1969. He entered the United States Army Reserves after high school and also worked for the railroad and the Garing Corp. He started his own business, Turner Electric in 1990, which he operated until 2019.

Danny loved spending time with his grandchildren, who were very important to him. He enjoyed hunting and teaching others to shoot, as well as stock car racing and was often at the local race track, and watching his son-in-law race. He also loved collecting, restoring and selling antiques, along with antique vehicles.

He was preceded in death by his brother, Jeffrey Turner and his nephew, Jason Boek.

Funeral services will be held on Saturday, August 24th at Calkins Baptist Church at 11 am. Interment will follow in Hillside Cemetery, Damascus. Friends may visit at the church on Friday, 5 to 8. Arrangements by Hessling Funeral Home, Inc., 428 Main St. Honesdale.

In lieu of flowers, memorial contributions can be made to The Dale Earnhardt Foundation,1675 Dale Earnhardt Highway #3, Mooresville, NC 28115 or to the donors favorite charity.