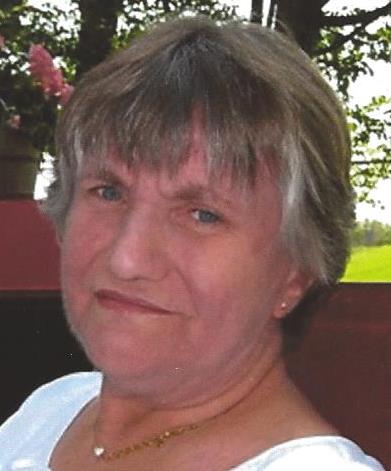 Bessie Arnold Stiteler, age 77, of Archbald, formerly of Honesdale passed away Thursday, March 10, 2016 following a lengthy illness. She was surrounded by her loving children and one of the greatest joys of her life, her granddaughter Kari. She was preceded in death by her husband Charles Keith in 1966. They were married March 10, 1962.
Born on April, 5, 1938, She was the daughter of the late Cecil Rexford and Verla Clift Arnold. She graduated from Pleasant Mount High School in 1956 and later graduated from Wayne Commercial School. She was formerly employed throughout the years as secretary/bookkeeper.
She was a loving mother, grandmother and was a blessing to all who knew her. She enjoyed spending time with her family especially her granddaughter Kari. Her other interests included gardening, crafts, sewing, knitting and crocheting before becoming ill.
Bessie is survived by her son, Timothy and wife Kim of Honesdale, her daughter, Jo Ann of Archbald, and her loving and precious granddaughter, Kari Stiteler of Honesdale and her granddog Punkin.
Also surviving are sisters, Myra MacDowall, Beach Lake, Verla Brudermann, Waterford, MI, Rexana McDonough, Tunkhannock and many nieces and nephews. She was preceded in death by brothers, Claron, Glen and Gail Arnold. Sisters, Maribel Bodick and Clara Cosgrove.
The family would like to thank Dr. Linda Frantz and Dr. Kristen Liptock as well as the staff of Regional Hospital, Carbondale Nursing and Rehab center for the exceptional care she received. As well as the many friends and family who offered kind words, thoughts and prayers throughout her illness.
A celebration of her life with family and friends will he held on Monday, March, 14, 2016 from 4-7 pm at Hessling Funeral Home, 428 Main St, Honesdale. Funeral Services will take place on Tuesday, March 15, 2016 with visiting hours beginning at 10 am followed by services at the funeral home at 11 am. Interment at Clinton Center Cemetery will be in the spring.
Memorial Contributions can be made to Dessin Animal Shelter or to Donor’s favorite Charity.
Arrangements have been entrusted to the Hessling Funeral Home Inc., 428 Main St. Honesdale.