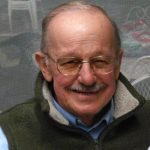 Barry J. Tretheway, 80, died June 13, 2021. He is survived by his companion and partner, Sandi Scull of Dyberry Twp. with whom he resided.
Son of the late John Bray Tretheway and Betty J. (Tretheway) Snover, he was born June 18, 1940 in Stroudsburg, PA. Educated in the Stroudsburg school system, he excelled at academics and was a standout baseball player. He graduated in 1963 from Cornell University School of Architecture and began his architectural career in Stroudsburg, establishing Tretheway Associates/Architects in 1967 followed by a partnership as Tretheway & Stein from 1969 to 1974. He was then a partner with RKR/Hess Associates until 1978 when he became a sole proprietor.
Barry moved to Naples, FL in 1994 where he designed award-winning homes and facilities including the 1995 Florida Dream Home of the Year. He re-located to Hilton Head in 2006 as a partner in Riverpointe Construction and in 2014 returned to NEPA to form Tretheway & Scull Associates, LLC.
His prolific portfolio includes custom homes, churches, medical buildings, restaurants, lodging, recreational facilities, and government projects. Local projects he touts as being proud to design include the Pine Barn Inn in Danville, PA., The Chateau at Camelback, and the former Hibschman residence.
His other passion was golf. Lots of golf. Always competitive, he played in numerous tournaments and was Shawnee Club Champion in 1986. He always delighted in taking a few bucks off his best friends on a hole bet.
Barry was a former Jaycee, a recent member of the Honesdale Rotary, and a member of the Honesdale Golf Club.
He is also survived by his sister, Donna Townsend and husband, Doug, of Montross, VA; Daughter: Wendy Condron and husband, Robert, of Fort Mill, SC.;
Four sons: M. Scott Tretheway and wife, Wendy, of Stroudsburg, PA; Craig Tretheway and companion, Andrea Bilheimer, of Carson City, NV; Thomas Tretheway and wife, Cherie of Charleston, SC; BJ Tretheway II of Denver, CO.
Pop Pop Barry had nine grandchildren: Alex, Maya, Taylor, Christopher, Gregory and Anna Layton Tretheway, Aeyrn Jones and husband, Cameron, Thomas Condron and wife, Lydia, Corey Condron, and two great grandchildren, Thomas McCoy Condron and Jeremy Augustus Jones, as well as cousins and numerous nieces and nephews.
He is preceded in death by his sister, Sandra Quarisimo (2013), son, Christopher J. Tretheway (2009) and his best buddies, Kasey, Kody, and Dewey.
Per Barry’s request, a private gathering of family and friends will be held at the convenience of the family in the future to share memories and scatter some ashes- on a golf course, where else?
To honor Barry, please raise a glass or two and toast your friendship and good times.
Barry was an avid advocate for youth programs and animals. Memorial contributions in his honor can be made to local organizations supporting them.