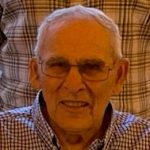 Born at the family home in Tanners Falls, he was the son of the late Jesse and Alvena (Baldwin) Bonham. Art was a US Army veteran who served during peacetime. For many years, he was a mechanic. He began working at Kinsman’s in Honesdale before retiring from PennDOT.

Spending many years working on tractors, Art grew to love International Harvester tractors. He enjoyed mowing the grass and took meticulous care of his property.

Known as “The Donut Man” to his grandkids, Art loved being with his family. He and Lisa would become their biggest cheerleaders attending all their school events. His entire family developed a love for Disney because of trips they would plan for them. It was very evident that Art loved his wife, daughters and grandchildren and took great pride in their accomplishments.

Also surviving are his daughters, Susan Kinzinger and husband Michael, Marie Hessling and husband Robert and Ellen Gallik and husband Todd all of Honesdale; his sisters, Iora Bonham of Binghamton, NY and Helen Carlin of York, PA; his brother, Dwight “Butch” Bonham and wife Louise of Pleasant Mount; his brother-in-law, Erik Bengds and wife Christine of Arizona; his grandchildren, Jenna Chipego and husband Jon, Nicholas, Natasha and Rachel Hessling, Marisa Avery and husband Eric and Jacqueline Gallik; great grandchildren, Madison and Parker Avery. He is also survived by many nieces, nephews and cousins.

He was preceded in death by his sisters, Alvena Leet and her husband Nelson and Shirley Bonham; his brothers, Kenneth “Dewey” Bonham and his wife Artemice and Raymond Bonham and wife Maureen and his sister-in-law Karin Moss.

Art’s family would like to thank Wayne Memorial Home Health and Hospice and all his caregivers for their care and support.

Funeral services will be held on Tuesday, April 19th at Beach Lake United Methodist Church at 11 am. Interment with military honors will follow in East Dyberry Cemetery. Friends may visit Hessling Murray Funeral Home, 428 Main St. Honesdale on Monday, 4 to 7.