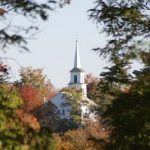 Anne Stegner Risse, 91, passed away peacefully in the early morning hours of Tuesday October 15th at her Monroe Avenue, Dunmore home of the past 60 years.

Anne was the wife of Joseph A. Risse who died in 2004, and the daughter of Walter Herman and Elizabeth St. John Stegner of Honesdale PA. She is survived by her five children: Bill (and Karen) Risse of Clarks Green, Sally (and Vince) Armitage of West Pittston, Joe (and Sharon) Risse of San Diego CA, Jane Risse of Scranton, and Ed (and Jodi) Risse of Davidsonville MD.

Anne was part of the expansive Wayne County Stegner family that operated the J.H. Stegner & Sons Bakery and that endured the Great Depression, floods, several wars, an end of the canal system and collapse of the coal industry, political assassinations, race riots and a Cold War to earn the moniker of America’s Greatest Generation.

In addition to her parents Anne’s immediate Honesdale family included her brothers Tom and Bill and sisters Betty Risse and Carol Lambert.

Anne operated a hair salon out of the Stegner home.  She moved when her husband Joe’s pioneering TV engineering career took them to Binghamton NY and Reading PA — before settling in the ‘Patch’ in Dunmore.

Raising her own family was a fraction of her passion as she generously opened her home to countless neighborhood kids, classmates, team mates, cast members and college students needing a friend, a meal and a safe place to crash. Anne took pride in operating the best ‘flop house’ in the area. Her impact on young people for a half of a century was profound; the job never done, and her warmth was genuine regardless of your racial, religious, cultural, political or personal orientation.  She truly raised a whole village. Anne was an avid reader, enjoyed scrabble, history and current events.

Since 2004 when her husband died, Anne lived on her own and remained essentially self-reliant. Only recently did she accept household assistance and then only from friends and neighbors. The Risse Family offers sincere gratitude to friends Robert Sibio, Carol Williams, Daria McDonnell, Molly Drewes, Ann Boland, Maureen Duffy, Mary Ann Gallagher and Paul Woelkers for being our mom’s friend, companion, caregiver and safety net. Anne’s final goal was to live her last days at home and you all helped her accomplish that mission!

These past few months Anne was also well served by the ER and ICU medical teams at Moses Taylor Hospital and then by the thoughtful professionals from Compassionate Care Hospice.

The Risse Family will gather to receive friends and neighbors and celebrate Anne’s life and legacy on Friday from 4 -7 PM at the Calvey Jennings Funeral Home on 111 Colburn Ave.
Clarks Summit, PA 18411 in Clarks Summit. Final prayer service for family and close friends will take place at 11 AM on Saturday from the Hessling Funeral Home, Inc. on 428 Main Street in Honesdale. Interment will follow in St. Mary Magdalen Cemetery, Honesdale. Donations to be made in lieu of flowers can be sent to The Green House Project, Nay Aug Park, 200 Arthur Avenue, Scranton, PA 18510.